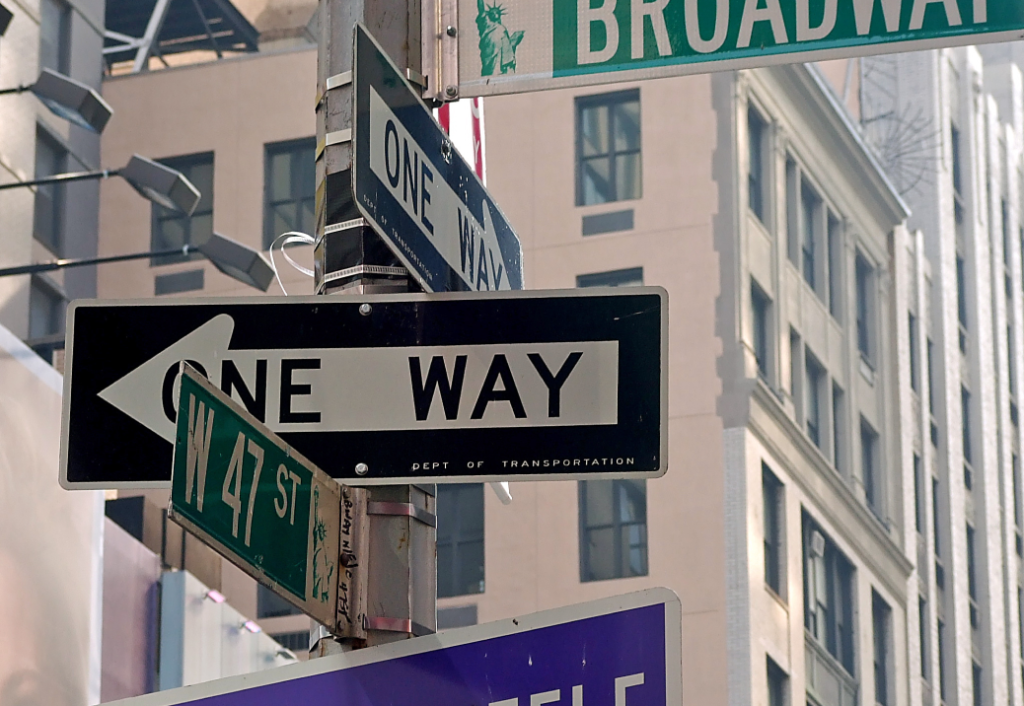 What Would Happen If All the Road Signs Came Down?

What do you think would happen to us if we woke up one morning and found all the road signs had been taken down? Confusion? Collisions? Injury? Death?

Oh, some of us might know the route we have to take to get to where we need to go, but it won’t matter if the people around us don’t. That’s pretty much the condition we find ourselves in today regarding what we’re calling broadcast news. In far too many places, “news isn’t news” anymore but the opinion of the person giving it or the owners of the media they work for.

Not hearing all sides of issues means we don’t have the information we need to take action. It’s just like the rules of the road. If you have no idea there’s a cliff at the end of a road, and you take it, what do you suppose will happen, especially if others think you know the way and follow you over a cliff?

I recently spent almost a year writing the book I referred to in last Wednesday’s blog. As a long-time journalist, I thought I knew the rules of news pretty well. But those rules don’t apply today, and I followed the trail of court cases and Congressional rulings that changed them.

You see, in the 1700s, when the Founding Fathers were hammering out the Constitution and the Bill of Rights, it never occurred to them that “speech” would be conveyed by anything other than spoken words or handwritten letters. It wasn’t until 1896 that several distinguished scientists, led by Marconi, had a hand in discovering what was first called “wireless telegraphy.”

By the 1920s, when radios across America were crackling out jazz music for dancing the Charleston, the country’s leaders decided it was time to set some rules about what could be aired and how that should be done. Several versions of radio rules were adapted into regulations that applied to other forms of “communications,” including railroads, but our leaders soon found that didn’t work.

Yes, Railroads and broadcasts were both forms of communication, but the rules for one would not work for the other. So, in its great wisdom, Congress set about writing the legislation now known as the 1934 Communications Act. That massive piece of legislation covered everything from the formation of the FCC (Federal Communications Commission) to all other types of communications (still including railroads) to the fact that AT&T was permitted to remain a monopoly because it “served the good of the nation.” And that wasn’t all, but there’s no room to write it all here. Just know the act was enormous.

One of the things in that same act tasked the FCC (it had just created) with a list of points to include in our original broadcasting rules. This list specified “seeing that all sides of all issues were presented” and “making certain that any and all contrasting views on matters were aired.” To accomplish this, Congress also handed the FCC the job of writing The Fairness Doctrine, which was contested almost from its beginning by many saying it hampered the right of free speech.

The Fairness Doctrine was attacked repeatedly in court until it disappeared in the 1980s and was finally removed from the Federal Register. As you probably already suspect. There’s a lot more to it than that, but this is just a blog. I spent a year seeking out all the finer points of this. Today, The Fairness Doctrine is gone. It was finally killed in the name of free speech by people who had a lot to gain.

That’s when a much of what should be broadcast as news became entertainment and opinion. Nowadays, a lot of people are calling for The Fairness Doctrine to be brought back. We’ll talk a lot more about different pieces of The Fairness Doctrine another time. Meanwhile, anyone who wants to read its complete history (not from Wikipedia folks, but from The Encyclopedia Britannica online) can get a jump on it at https://www.britannica.com/topic/Fairness-Doctrine.

I wish it had happened all at once instead of eroding in pieces. Then we could have held a funeral for it, and people would at least know what they’d lost.