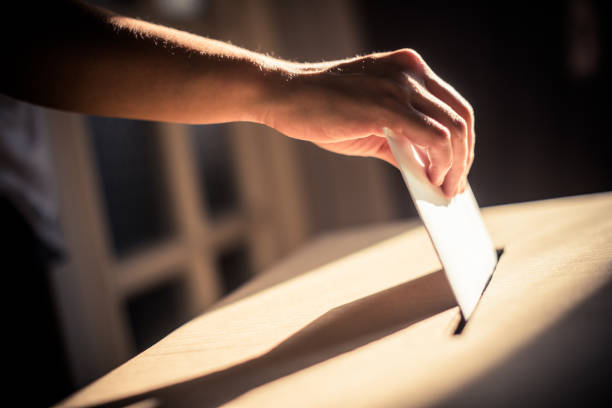 A According to the Brennan Center for Justice, laws are now in effect in several states that will make it much harder for many to vote, and more bills are currently in the works to add even more hurdles for more people. The following is a direct quote from the Brennan Center, a nonprofit law and public policy institute headquartered at the New York University School of Law. It is named after Supreme Court Justice William J. Brennan Jr., who was well-known in the 1960s for his landmark opinions on voting rights.
“This year, state lawmakers, who spent 2021 passing laws that made it harder to vote, have focused more intently on elec­tion inter­fer­ence, passing nine laws that could lead to tamper­ing with how elec­tions are run and how results are determ­ined.
Elec­tion inter­fer­ence laws do two primary things. They open the door to partisan inter­fer­ence in elec­tions, and they threaten the people and processes that make elec­tions work. In many cases, these efforts are being justi­fied as meas­ures to combat base­less claims of wide­spread voter fraud and a stolen 2020 elec­tion.
Between Janu­ary 1 and May 4, six state legis­latures — Alabama, Arizona, Flor­ida, Geor­gia, Kentucky, and Oklahoma — have passed nine elec­tion inter­fer­ence laws. As of May 4, at least 17 such bills intro­duced this year are still moving through five state legis­latures. Moving bills are those that have passed at least one cham­ber of the state legis­lature or have had some sort of commit­tee action (such as a hear­ing since the begin­ning of 2022, an amend­ment, or a commit­tee vote). In total, lawmakers in 27 states have proposed at least 148 elec­tion inter­fer­ence bills.”

We’re going out of quotes here and back into my words.
That was just a small part of what the report on the front page of the Brennan Center said as of June 11. Anyone who cares to read further can find it at: https://www.brennancenter.org/our-work/research-reports/voting-laws-roundup-may-2022. You can also read about the Center and why it is considered the country’s most valuable source of information on voting in the United States.

But the new laws referred to in this report aren’t the first thing that has limited voting in recent years. One thing I learned while studying legislation─ and who is behind it─ while writing my most recent book, Dirty News (subtitle) Whose $$$ Pays for the News You Trust? is that poorer communities have always had fewer voting places and other obstacles that make it harder for those who live there to vote. Besides that, other specific groups are disenfranchised as well.

Take, for instance, formerly incarcerated persons who have served their time for a felony offense and get out of prison and are expected to start a new life. Not only do most of these people have trouble finding housing and jobs, but unless they have enough money to spend on lawyers and rigorous procedures, they will not get to vote again. As of May 2022, there were 5.2 million (yes, I said 5.2 million) formerly incarcerated persons who had paid for the crimes for which they were accused (guilty or not) with a prison sentence who probably will never again get to vote.
Now we have to ask ourselves, why poorer people and those who have been in prison would be deliberately pushed from the voting process by lawmakers? Could it be because they see life from an entirely different position than the lawmakers, who have good incomes and the many benefits of their high-ranking jobs, including excellent healthcare packages for themselves and their families?
Serving in positions of trust and representing the people used to be a respected status. Growing up in the 1950s and early ‘60s, Presidents from different political parties like Dwight Eisenhower, a Republican, and John Kennedy, a Democrat, didn’t work against each other. They even appeared together on television, passing knowledge and experience back and forth for the country’s benefit. Except for the years during the Civil War, complete stalemate between parties did not prevent Congress persons (and others in government) from getting things done.

A simple bill about background checks to buy guns (yes, it includes a few other things as well) recently passed the House, but Senators say it will not pass the Senate. Is that how we want them to run our Republic? Notice I didn’t say Democracy, because those two words are not interchangeable. In a democracy, each person has an individual vote for the country’s leaders. A Republic is where elected officials represent the people in their specific area of governance. In the United States, each state gets a number of electors, based on its population, to represent it at the Electoral College, supposedly voting as their constituents want them to vote. Yet there are currently more than twenty states where our representatives do not have to vote how the people in their state want them to. Once they get to the Electoral College, they can vote however they want. I didn’t know that until I studied the electoral process while writing Dirty News. If you don’t believe me, look it up. Better yet, read the chapter on it in Dirty News. It’s available in e-book at many places online, including Barnes & Noble, Kobo, Apple, and more, but I always recommend using the following link as that is where I chose to publish it. https://www.smashwords.com/books/view/1134868?ref=https://www.smashwords.com/profile/view/PennyFletcher

And if you want a paperback, those should be out in July. I’ll be using both: the e-book, so I can click on the links to deep dive into things I want to know more about at the time, and the paperback for easy reference at my desk.

So, just how fair do you think our voting system is now, and what direction do you think it is headed? Comments are always welcome on my blog, Americans for Truth in News, found on my website, www.pennyfletcher.com.