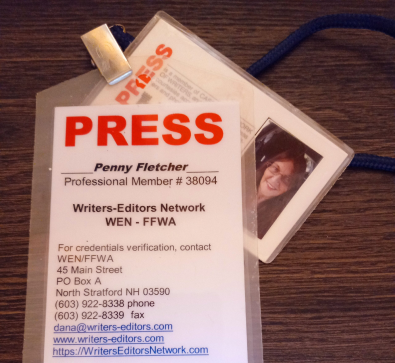 In June 1934, Congress created The Federal Communications Commission to regulate all forms of communication. At that time, just 23 radio stations were operating in the United States. Although television had been invented, it wasn’t common in American homes until the 1950s. I know because I remember our first one. It had a tiny screen, between 12 and 19 inches. I was pretty young, and while I can’t be sure of the screen size, I do know it was set in a piece of furniture larger than anything else in our living room—huge, like the first computers.The problem with the FCC regulating “the frequencies of communications” on radio and television, was, that back then all forms of communication were under the rules of the one act, including railroads, and any public utility dubbed as a communication. In fact, so much was lumped into that one act that it was hard to follow, let alone regulate. One of the first things the FCC did was to write a Fairness Doctrine for broadcasting, which called for “fair and equal coverage of issues.” Naturally, in 1934, this only applied to radio, and the rules, which I have outlined in my new book, WHOSE $$$ PAYS FOR YOUR NEWS, were pretty strict, especially about how politicians and political events were covered. As time went on though, when television replaced radio as the primary source of information in most homes, the rules were changed again because of what the FCC believed (then) would soon be a shortage of frequencies.Still later, the rules were adjusted again and again and soon, cases against the FCC were being taken as high as the Supreme Court, saying that its rules restricted free speech. Let’s just say each step of this is outlined in my book, and it gets really hairy. The battle between free speech, which Congress regulates, and fair broadcasting (which includes equal time for political candidates confronting each other) is regulated by the FCC.Case after case went before the Supreme Court, starting in 1969. The final case was decided in 1996, and that was when opinion legally started to become passed off as news. Both Congress and the FCC said they had solved the problem of free speech vs. broadcasting rules, but as you will see by following their decisions closely, both failed to do it. I’m sure it wasn’t the intention of either of those institutions to throw away Truth. But that’s just what happened. Oh, there’s a lot more to it than that, but maybe now you have some idea how we have reached the point where many people are using the expression “Fake News.” And yes, some of it is. But there is still Truth out there.Unfortunately, with the country so divided, many people don’t delve into the background of “news stories” and just take the headlines (which are deliberately created to attract attention) and don’t go any further. Worse yet, with the progression of the Internet, many now take posts from social media sites as fact and repeat them as such, creating a snowball of lies.
BUT THERE ARE STILL WAYS AVERAGE JANES AND JOES CAN FIND THE TRUTH, and that’s why I subtitled my book “Learn to Dig for Truth Like a Pro.” I’ll get to that eventually here, too- on this Blog- so you can read parts of it for free. Yes, I want to sell books, but getting The Truth out there is far more important. Citizens need to know just how skewed much of our news is today and how that has divided our country to the point where many families can’t even eat dinner without getting into a heated argument. So, in an attempt to get at The Truth, the Whole Truth, and Nothing but The Truth, we’ll discuss a little more about this next week.MEANWHILE, last week I invited readers to send me letters and requests for checking out situations where I can use my updated Press Card from The Florida Freelance Writers-Editors Association. I have already received one concerning the US Post Office. I am going to try and find something about this out in time for next week’s blog post. The portion of your letters asking a question, or telling me of something you want to be checked out (and sometimes the whole letter), will be run along with whatever I have found out to that point. So, until then,